UPPER DUCK, NS — True to its covenant of faith, hope and love, the congregation of First Cornwallis Baptist Church has reached an important milestone.

Upper Canard Church celebrates its 215th anniversary in 2022 and a volunteer committee is organizing a week of activities from September 11-18. Everyone is welcome to attend the free celebrations – and the regular weekly services.

Debbie Reimer, a member of Canning’s anniversary committee, said she finds it incredible the church has been there for so long, although it’s a shame there aren’t more people who attend regularly. .

She’s been a member for about 14 years and remembers it was her daughter, Taylor, who figuratively opened the door for her. Reimer said Taylor joined the church’s youth group and began preparing to attend a Tidal Impact event in New Brunswick. 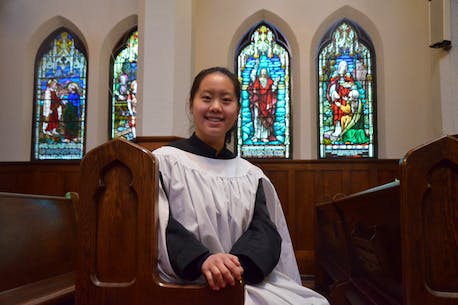 Reimer said she decided to visit First Cornwallis Baptist Church on her own and “fell in love” with it.

“I feel absolutely embraced by this community and if I needed anything, I think I could call anyone in this church, and they would be there for me. I think that’s true for everyone,” Reimer said.

She said that at first she came for a Sunday service and would not attend for three or four weeks before returning. Reimer said there was never any judgment and people told her they were so happy to see her.

Reimer began attending church more regularly and was eventually baptized into the church as part of an “unexpected spiritual journey”.

“I had been baptized as a child, but it was my choice,” Reimer said. “If you had told someone 20 years ago that I would be a deacon in a church, they would have laughed at you.”

Anniversary committee chair Dianne Rafuse-Bennett said when it comes to the church reaching its 215th anniversary, she just thinks God still has work to do for them.

Rafuse-Bennett currently lives in Coldbrook but grew up in the Upper Canard area. She has been a member of the congregation since childhood and served in the choir as a teenager.

“I was probably four or five when my parents started bringing me,” Rafuse-Bennett said. “I was baptized when I was 16.”

She said the church community has “certainly been an anchor” in her life over the past five decades. Rafuse-Bennett said it has changed and evolved over the years, but it’s exciting to be part of the legacy of First Cornwallis Baptist Church.

She said it is a friendly and open church with a strong focus on missions. Rafuse-Bennett said she’s been on several different missions over the years. Several church missionaries have worked overseas.

Anniversary committee secretary Bessie Crouse said she thought it was “awesome” that the church had been around for 215 years.

Crouse currently lives in Kentville but was born and raised in the Upper Canard area. She has been a member of the church for about 18 years and was baptized and married there. She describes it as a warm and welcoming environment that she really enjoys.

“To be honest with you, I had never been to a church before coming to this one,” she said.

She said the experience changed her life and helped set her “on the right path, so to speak”.

Crouse said it was former church minister Reverend Dr Peter Lohnes who first convinced her to attend the services. She remembers her granddaughter, Samantha, being in the church’s youth group at the time.

Crouse said she finds the people very friendly and there’s always a lot going on. Although the congregation has more members, there are 30 to 40 who usually attend Sunday services each week. They are active within the church and the greater community, often taking on volunteer roles.

Crouse said it feels good to be able to help people through volunteering. It gives meaning to his life.

The first minister of the church in 1807 was the Reverend Edward Manning. He served the congregation until 1851. The current pastor and musical director is Rev. Stephen Wheaton.

The first church was relatively small but the second, built in 1873 under the direction of the Reverend Samuel Bradford Kempton, could hold around 800 people. By comparison, the current church, the third in the congregation, can accommodate about 250 people.

There is no doubt that the congregation of First Cornwallis Baptist Church is resilient, having suffered many setbacks.

During the ministry of FH Beals, on April 24, 1909, the second church burned down. A group of workers were clearing the property, burning leaves and other debris, when the church caught fire.

According to an online story on the church’s website, the only items saved were the pulpit, platform chairs and a small organ. It is said that the heat of the fire rang the church bell, and this continued until the bell collapsed in the fire and was shattered into pieces.

Rafuse-Bennett said the current church is built on the foundation of the structure that burned down. It cost around $10,000 to build and opened on June 12, 1910.

The pipe organ was purchased in 1909 for $100 from St. Andrew’s Presbyterian Church in Halifax, while the current church was under construction. Following the fire, members of the nearby Presbyterian Church allowed the First Cornwallis congregation to use their building for Sunday afternoon services until the new church was ready.

Disaster almost struck again in 1945 when a fire broke out in the current church. A bucket brigade sprung into action and nearly extinguished the fire when firefighters arrived. The burnt wood has been cut out and replaced, although some traces of the fire are still visible.

In 1987, lightning struck the church tower but fortunately did not ignite the wooden structure.

In recognition of the 200th anniversary, a stained glass window featuring iconic images of Kings County, including Cape Blomidon, was installed in the church sanctuary. Bell tower repairs will be the focus of the 215th anniversary fundraising efforts.

Although special birthday services taking place during the week will be indoors, First Cornwallis Baptist Church currently holds outdoor Sunday services during the summer months. Depending on the weather, this sometimes extends into autumn.

— A drive-in chicken barbecue on September 10 (more details to come).

– A morning worship service on September 11 at 10:30 a.m. with guest speaker, Reverend Dr. Peter Lohnes. A light lunch with a birthday cake will follow the service.

— A musical evening with Rachel MacLean will take place on September 14 at 7 p.m. Admission is a voluntary donation to benefit Relief for Ukraine.

— A family fun day will be held on September 17 from 10 a.m. to 1 p.m. This will be the church’s first family fun day since the COVID-19 pandemic began. Activities will include an obstacle course, cake walk, 4-hour petting zoo, bouncy castle, face painting, crafts, fish pond and free hot dog BBQ with beverage. Wayne Parker will provide musical entertainment from 10:30 a.m. to 12:30 p.m.

— A “Dancing for the Audience of One – Liturgical Dance Group Ministry Outreach” event will take place on September 18 at 7 p.m.