(RNS) – What is the difference between being faithful and being filled with faith, and how might this difference shape politics and culture today?

A recent report by the Public Religion Research Institute reports that 15% of Americans fall under the category of “believers in QAnon”, defined as anyone who agrees with one of the following three statements: “The levers of power in the United States are controlled by a cabal of Satan-worshiping pedophiles. “;” American patriots can use violence to save our country “; and” there is a storm that will sweep the elites and restore the legitimate rulers. “

While 15% does not sound like a critical part of the population, given the nature of these claims and the fact that the recent presidential election was decided by a margin of around 4%, it is an extremely concerning figure. QAnon believers are capable of seriously changing the future of the nation.

This is doubly true because QAnon supporters are concentrated in one party: around 25% of Republicans are receptive to QAnon, while only 14% of independents and 8% of Democrats are. Compared to the number needed to influence an election, however, we see this is a problem for all of us, regardless of party.

It is more than partisan politics. We need to look beyond the three pollster statements if we are to better understand and address the popularity of these beliefs. We have to look to religion and the nature of belief itself.

The new data from the PRRI report is very helpful in this regard.

PRRI polls indicate that white evangelical Protestants, Hispanic Protestants (who are largely evangelicals) and Mormons are more likely than other groups to agree with each of the QAnon conspiracy movement tenets mentioned above. .

These conspiracy theories and the violent fantasies associated with their correction, in other words, transcend political and denominational lines. Painful as it may be for some of us who are animated by faith, the data suggests that the problem is not just with those who are faithful to a particular religious path, but with those who are “full of faith” – lively and informed. by belief that transcends the purely rational. It is not a question of who has “good faith” or “bad faith”.

Nor is it an attack on the rational or mystical elements of the faith. Quite the reverse, in fact. We need to appreciate these elements for what they are, take responsibility for their full potential, and address people more effectively with genuine respect for their faith, even when we have no regard for the conclusions that faith has taken them to. conduits. 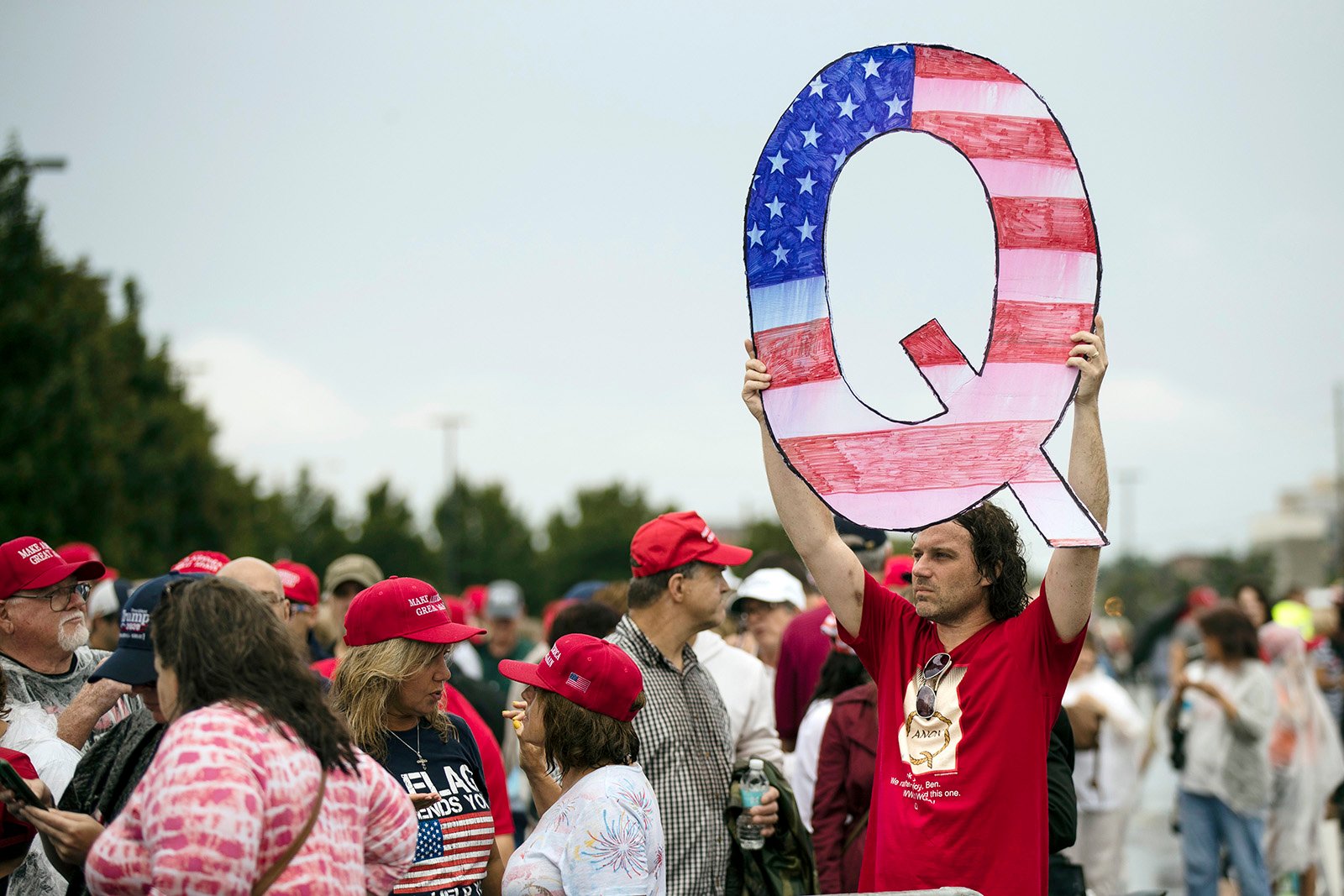 In this August 2, 2018 file photo, David Reinert holds a Q sign as he lines up with others to participate in a campaign rally with President Donald Trump in Wilkes-Barre, Pennsylvania. The far-right QAnon conspiracy theory forged in a dark corner of the internet has entered the mainstream political arena. (AP Photo / Matt Rourke)

To be a believer, in the classic sense of the term, is to surrender, at least sometimes, to the idea that reality cannot be fully defined or appreciated in a strictly rational manner. To be filled with faith is to be animated by beliefs which, while unproven, lead us and our world to what we believe to be a better place.

As uncomfortable as it may be, this is precisely what these QAnon believers do. The fact that they operate this way in church or in private belief makes it all the more “reasonable” that they do so with QAnon.

For some, this is a good argument for the dangers of religious belief in general and for pushing for increased secularization. Not for me.

As a believer, I appreciate the beauty and the power of belief. I appreciate all the ways that belief helps us transcend the moment we are in and achieve what is better, higher, unreasonably ambitious, irrationally compassionate and loving beyond comprehension.

I hope those who are not filled with faith can also appreciate how faith fuels all of these things, even if it is not the way they have chosen, if only because faith has it. made for millions of people for thousands of years. To abandon this route because of the abuses committed in its name would be to abandon central heating and ready meals because ovens and cooking fires sometimes burn people’s homes.

More concretely, secularization or rationality are unlikely to correct or convince believers of QAnon. Without embracing how faith works in the lives of believers, it will be virtually impossible to stop its abuse when it occurs. The beliefs of the followers of QAnon are decidedly irrational and no rational argument will address them. It’s just a case, as they say in Maine, of “you can’t get there from here”. A protester holds a QAnon sign as he marches during a protest against Washington State’s stay-at-home order aimed at slowing the coronavirus outbreak on April 19, 2020, in Olympia, Washington. (AP Photo / Elaine Thompson)

So, unless we are prepared to use physical force – and there are times when “calling the police or the National Guard” is clearly required – we must meet the faith-filled QAnons wherever they are. To do this, we must use arguments based on faith, if not filled with faith.

RELATED: QAnon: The Alternative Religion Coming to Your Church

Just as rational questions invite rational answers, faith-filled beliefs invite answers that value faith. As difficult as it may be to practice what I preach here, our ability to do so may be the most important tool we have in keeping things safe and sound for the rational and spiritual in a world too often bitterly and dangerously divided between the religious and the secular.

Such an approach would begin by asserting our appreciation for the positive power of faith and admitting that there is more to life than we can now rationally explain. We must act with genuine curiosity, asking QAnon believers what they think we understand the least about their lives and their opinions. We need to stop asking them to justify their conclusions and help us better understand the transcendent questions they think their beliefs answer.

If it helps, take a look at it from the other side: imagine what would happen if you explained to an unbeliever their questions about everything from how the world came to be to why children are dying of the world. cancer, are “all that God wants” and waited for comfort in your response.

(Rabbi Brad Hirschfield is president of the Jewish National Center for Learning and Leadership. The views expressed in this commentary do not necessarily represent those of Religion News Service.)