For some people, the global pandemic has been a time of reflection and strengthening of religious beliefs. For others, it was a time of doubt and questioning. COVID-19 has forced people to confront their mortality, and for some it has led to renewed faith.

Those who already had strong religious beliefs may have found them further strengthened during this time. The pandemic can be seen as a test of faith, and those who have come through it with their beliefs intact may feel that their faith is stronger than ever.

For me, the period of the pandemic has been tiring and traumatic. But in the end, I came out of it with a stronger sense of faith. The pandemic has made me realize how much I rely on my religious beliefs to get through tough times. As I watched the world come to a halt, people go into lockdown, roads deserted and hospitals bustling, it gave me panic attacks. And when I got hit by the virus, it made my anxiety even worse. The fear of dying and leaving my loved ones behind weighed heavily on me. 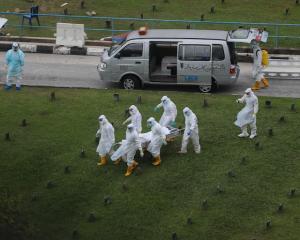 But in the darkest times, my faith was the guiding light. I turned to prayer and religious texts for comfort. I found comfort in knowing there was greater power at work, even though I couldn’t see it. My beliefs gave me the strength to carry on, even when everything around me was hopeless.

I started researching what my religion says about this global crisis and found many examples in the hadith of the Prophet (PBUH). In one of the hadiths, the Prophet was asked by his beloved wife Aisha (PBUH) if the plague is a punishment from Allah (SWT).

She said: I asked about the plague, and the Prophet replied: “It is a punishment sent by Allah on whom He wants to punish.” “And Allah has made it a source of mercy for the believers.” Sahih Al-Bukhari, Hadith no. 3474

I was curious to know more about this topic and started reading different interpretations of this hadith. I discovered that many scholars see the pandemic as a test from Allah, and those who pass will be richly rewarded in the hereafter. It gave me more hope and motivation to get through this difficult time.

The Messenger of Allah (صلى الله عليه وسلم (turned to us and said: ‘O Muhajirun, there are five things with which you will be tested, and I seek refuge with Allah (SWT) lest you live to see them :

“Immorality never arises in a people to such an extent that they openly commit it, except that plagues and diseases which were never known among the predecessors will spread among them”

My faith even taught me the etiquette to follow when the pandemic spreads in a country.

It is said by the Prophet of Allah (SWT)

“When you have heard of a plague in a country, then do not enter it.”

“And if the plague breaks out in your country, then do not leave your country.” (Saheeh Al-Bukhari 5728) 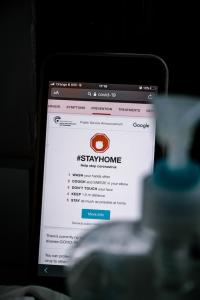 It’s been almost three years since the pandemic started, and I can say that my faith has only grown stronger. I’m more grateful for the blessings in my life and more appreciative of the things that really matter. My religious beliefs have given me strength and comfort during this difficult time, and I am grateful to Allah (SWT) for fulfilling me during dark times.

There is no disease that Allah created, except that he also created its treatment. » 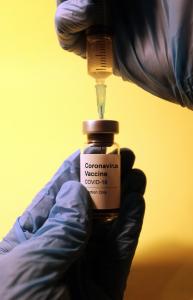 Whether your faith has been strengthened or shaken by the pandemic, this is an understandable response to a truly unprecedented situation. Whatever your beliefs, this time has probably been a time of growth and change for everyone. Some people have turned to religion for comfort during these difficult times. They find comfort in prayer and worship. For them, their faith is a source of strength in difficult times. Others have seen their faith tested by the events of the past year. But even for those who question their beliefs, the pandemic has likely been a time of growth and change.